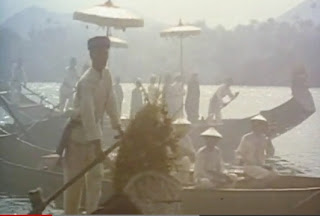 I like to cultivate things, start from a scratch and built an entity as one does a film. When watching films there are different things to observe like acting, cinematography, sound, editing and the rhythm they create. Often there are films that have one of these pieces functioning in a great way but others lagging behind. And unfortunately that tends to destroy the whole film. Yet one has to give recognition to the good work done. Indochine is a controversial film in many ways, but I think the atmosphere of late 30's in the country has been well captured in those many details carefully included on the set.

Actually I did not mean to watch Indochine but Il Conformista. I just could not find the tape! Now I have a new tape recorder and I am able to see all my hundreds of films on tape, and then I can't find the one I want. But I found the Indochine and settled for that. I should go through them all, I know, but it is quite a job... Indochina is not a great film, not even a particularly good film but it has been realized with piety and esthetic touch. The communist would have considered it thoroughly a petit bourgeois product, but as that is only one opinion... 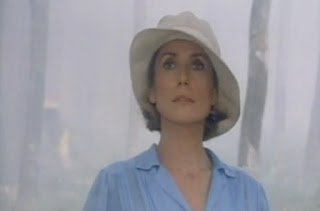 The French colonial administration in Indochina started to crack in the late 30's with communism infiltrating to the lower levels of population and creating a growing opposition to the French regime.  The real war broke at 1946 after the WW 2 and raged almost 30 years first with France and then becoming the so called Vietnam war between USA and communist North Vietnam. Indochina tells of the final days of the French colonialism and the birth of revolution in the country later to become Vietnam. The French Devries family, at present father and daughter, own a caoutchouc plantation. The father is an old man and Eliane runs the plantation in practice to witch have also been added the land of 'the princes of Annam', the daughter of her friends who died accidentally. The plantation is one of the biggest in the country and Eliane, Lili is an important figure. The gathering of caoutchouc in twilight, the processing in the workshop or factory, discipline and safety are vividly portrayed. As an additional branch there is the smuggling of opium, officially strictly forbidden, but secretly covered by Lili, who herself has found relief of worries and sorrows in opium dens. 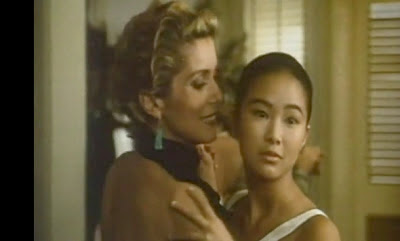 As a plantation owner Lili is part of the creme de la creme of the society and well connected to the chief of securite as well as the ruling Asian merchants and mandarins. The composed elegance of Carherine Deneuve creates to Lili a diplomatic glamour, that begins to crumble along the seductive closeness of Jean Babtiste. The strict obedience to rules of the young officer leads to the burning of a sampan, guilt and the fact that Lili has covered the smuggling and also saved the people from the sampan, the emotional outburst in the auction, later apology as he comes to her... And finally the night in the Devries' old house in Saigon when Lili accepts him as her lover. Vincent Perez acting Jean Babtiste does not get enough passion and burning emotion - he is nice, but that is not enough, and he has a sensual mouth but in a soldier that means weakness, yet the phlegmatic conduct is the greatest fault. It may be caused by the director or the part written to him, who knows, but the role of Jean Babtiste as a lover to both Lili and Camille, mother and daughter is ambivalent in many ways and in the film there is no burning emotion or passion in neither relationship. In a drama spanning years and changing lives one would expect such. 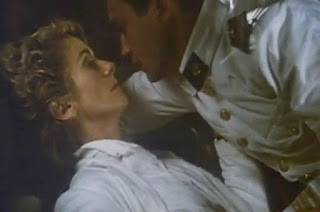 To Lili the story is similar to her previous affairs along many years: a lover for a moment. When trouble starts to evolve she keeps her distance. The dominance of reason  is unwavering. Her intimate and personal disappointments Lili  drowns in the opium den's darkness. Even in this she keeps her cool reason and does not drown. Her deep rooted sense of duty and manners along the factory keep her going.

Her adopted daughter Camille is engaged to Tanh, a rich merchants son, by their respective parents. Tanh is studying in Paris but is returned, deported home because of taking part in a political provocation. In Indochina he is clearly one of the potential leaders of the revolution. The marriage seems unavoidable. Camille and Jean Babtiste meet when she is coincidentally involved in a conflict and loses her consciousness. Regarding Jean Babtiste as her saviour she falls in love with him - her fantasy like a young one does. The infatuation on the french soldier helps her to run from home and the threatening marriage. Tanh help her to elope. 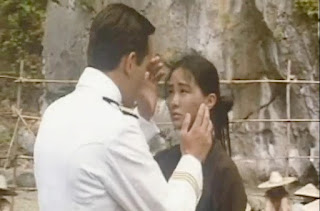 Jean Babtiste is deported to a distant Dragon Island as a disciplinary action. The desolate outpost on Dragon Island is a center of slave trade, and after some bends in the plot also Camille arrives to the island to be sold there. Jean Babtiste sees her and takes her in his care, protection with an intention to get her out of there. Her traveling companions have crudely been murdered and seeing their bodies she  grabs a gun and shoots the other officer. Camille and Jean Babtiste fly on a sampan to the labyrinth of islands.    Thirst and hunger almost get them - again so very phlegmatic - before some people find them and take them to a secret island. There they stay hiding apparently for a year, because in the next scene Camille is pregnant and near her time. She is wanted for murder. Also Jean Babtiste is wanted for detection. A wandering theatre group takes them with and they hide among the actors intending to get over the border to Yunnan, China. 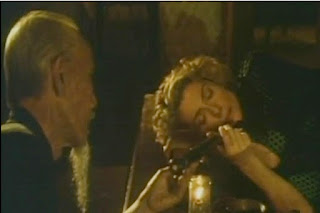 The child is born. Jean Babtiste is christening the baby when soldiers take them. The actors and Camille escape. The baby is fed by many women on their way to Saigon. This walk, and the romance of Camille and Jean Babtiste grows to a legend played by theatre groups as revolutionary propaganda.

Lili is unhappy until she gets the baby, Etienne to take care of. Her friend the chief of Securite is after Camille and destroys theatre groups, in vain. Jean Babtiste is to be send to France to be sentenced in order to avoid political disturbances, but as he is sleeping with Etienne in the Devries' Saigon house  his last night in Indochine he is shot in the head. The execution is framed as suicide and removes one problem. 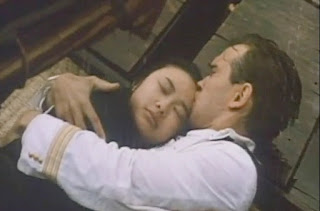 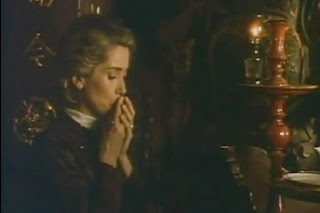 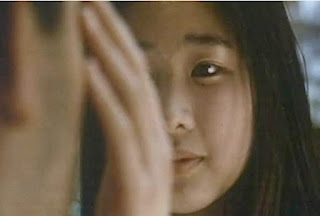 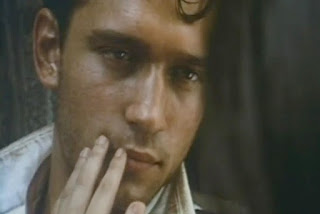 The boy grows and Lili enjoys him while the plantation gets neglected. The chief of Securite gets to know that Camille is on a prison camp, 'a regular communist factory' as he puts it. Finally France yields and the camps are opened: Camille is free after five years! Lili goes to meet her, but Camille is committed to the revolution and not returning to her previous life. Lili and Etienne leave for Paris, where he grows up. The frame of story closes - Lili has been telling the story to Etienne and now Camille is in Paris... but Etienne does not want to meet her. Eliane is his mother. 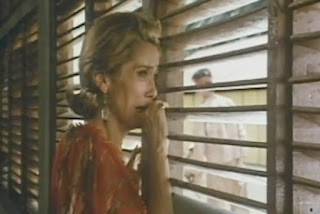 A lot of substance, maybe a bit too much, and a lot of dramatic, intensive scenes, but on the whole the realization is miserably slack and phlegmatic. There are no feelings, not even in close-ups. Camille is vacant and lacks expression and nuance, downright lifeless - how on earth has she got pregnant - ? Jean Babtiste is like a wooden doll in pretty uniform both in his relationship with Lili and later with Camille. The funny thing is that I have seen Vincent Perez quite capable to expressing feelings and fire for example in 'La Reine Margot' so it is not his fault that Jean Babtiste is anemic... - sticky and weak. The only believable burst of rage is Camille's violence at seeing her friends tortured to death in the water cages. Maybe it is intentional because also the strongest reaction of Jean Babtiste is sparked by moral resentment to the murder of a child. The old regime is formal and lacks humaneness, ok, but the main characters should be alive and feeling, and not only in words but in facial expressions too. I don't like theatrical acting a'la Jim Carrey on film but... So if phlegmatic is intentional it just does not work. 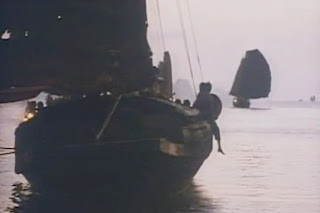 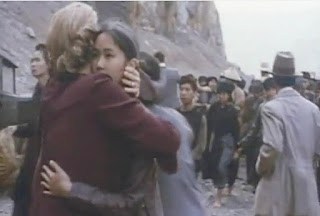 Also the cinematography is 'wide', general views, few close-ups, pleasant though, but one would love some intensity in tracking and camera movements, a little more faces close and emotion on them. Pity. Why has this film been done? More emotion would make it a drama, less emotion and it would be a historical documentary, but as such lukewarm it makes one sorry for the work lost... And it is done with care and piety. 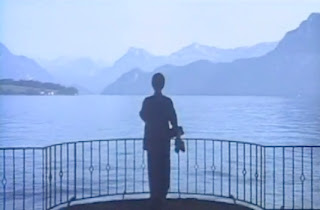