Abstract does not exist without concrete - or does it? Maybe it does but the concrete is the ultimate test: is it functional or not! Like a prototype: years and years of work and then - crashing difficulties because of some minor shit... but shit happens and if it doesn't I'll make it happen. Yeah, it is an old superstition, that if something is perfect it is also dead! So a crack, a flaw is essential, somehow it is always the way ahead to the next flaw. And you can't deny that flawless is also inhuman, not touching, dead...

No, that was not the subject... I always get carried to different direction by random thought... It is kind of fun because you'll never know where you'll end up... but it is also annoying because you won't get where you were bound to... so it is the effect of imagination to the world of reason. The reason being one big killer... but I'll get to that another time.

Love at first sight - huh...  Define love - I believe that desire can awaken at first sight. The first sight kind of builds a bridge between two people and there is a chance to go on. Some people can not look straight in the eye. So it is obvious that there is no next, or maybe with someone who has not noticed... Oh, I'm not going to that stray, no. The first sight in 'Fifth Night Moon' between Lore and Wawa is not crucial, no. It is just a chance to have another glance. The first sight is wondering: Wawa sees this western woman lightly dressed sitting on a bed with a laptop - I imagine that Lore has an orange coloured shirt and she sits with her legs crossed light falling from her left, morning light essentially, and Wawa standing in the opening of the door just stepping on but only just. He sees her first, the golden girl in flow of light.. and then she rises her gaze to see him, dark figure with soft and friendly eyes, sad eyes...

He goes on and the next time they meet is some time later in the same morning. Lore comes to the kitchen while Wawa is preparing his breakfast. She stands in the doorway and watches him. He touches everything with gentleness that attracts Lore. He takes an egg and feels its shape in his hand. And the structure of the surface. He breaks the egg and she feels something crush, like she was the egg. And she thinks how it would feel to accept his touch, to yield to it, to want it...  He does not know her thoughts but concentrates in cooking and just later on when they are eating and chatting he gets attracted at her way to smile very quickly and momentarily. Nothing lingering in it.... And he yarns to see it again. 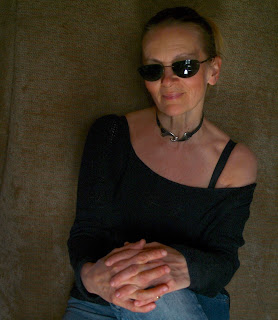 So they both feel the attraction. To change it concrete is the next step. Huge step. And there the coincidence comes to rescue: the table is not so big and their feet happen to collide... It is confusing but nice. And the next touche is intentional - whatever it is... and so they are led, step by step, to her bed like they would be just two last people in the world.
Lähettänyt toropiski klo 9:21 pm No comments: 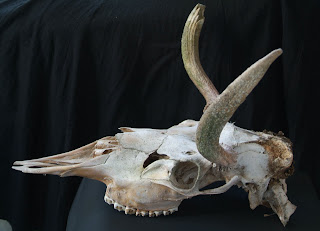