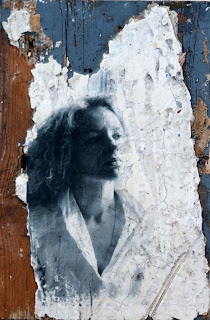 Saltzburg was busted! I don't remember what festival or happening it was in April -74 but every hostel and hotel was booked full and so I seemed to be facing a night on the street. Not that it was so very cold any more, but not necessarily very tempting either. And I was hungry after walking through the city in my vain search, that had brought me to the square of the old town.
Many restaurants, taverns and bierstube on the square. I chose neither the most expensive nor the cheapest but a cosy tavern with a lot of young people inside. Food and good company were the rescue of my falling spirits!

The table had five ruff canadians eating their meal with a beer, and soon we had a conversation going. They were travelling with backpack as I was too and we talked of the places we had been to and places still to go. And ate and drank beer. In the next table was an asian girl at first with some other people but then alone. She had not been a part of that group and joined now our conversation. She was on her way to London, but had wanted to take a look to the central european life, too. So after landing to Frankfurt some days earlier she had continued to Heidelberg, Munchen and now Saltzburg, then to Wien and flight to Rome, Paris and finally London. She was lively and funny and good company. And she was chinese - Taiwan, I supposed, or Hong Kong.

The canadians were booked in a hostel outside the town and left well before midnight to be there in time. I stayed with the chinese girl until she said she too was ready to go to sleep. So I smiled to her and said ok, u go. She seemed puzzled and I explained that I had no accommodation for the night and intended to stay in the tavern as long as possible. In the morning i'd take a train or a bus to Paris and sleep through the journey. She looked at me with wide eyes and smiled and said, that she had a room in the hotel Xxx  and it was big enough to sleep two. I did smile and wonder how was I to sneak in, and she said that we'd figure out something. And off we go. Her room is in an old and grand hotel by the square, and I'm quite intimitated... but she goes in and talks in the reception so I can slip to the stairs, and then we continue to her room. A large room with a wonderful window and a  bathroom with a window, too. And so I had a warm bath and a drink and a nice chat with a friendly person curious about my wiews. Her room was  cozy and had a splendid wiew over the old town. By the window was a divan and a desk, and there was a comfortable bed on the other side of the room. I slept on the divan and I slept really soundly. She slept in the bed.

I woke rather early in the morning and she woke when I packed my backpack. We laughed together and she gave me a wide smile with her best wishes. And I sneaked out of the room, tiptoed down the stairs and said a friendly hello to the cleaninglady!!!  And I was on the street fresh and ready for the day...

We never knew each others names but that is something I might call... solidarity?
Lähettänyt toropiski klo 6:11 pm